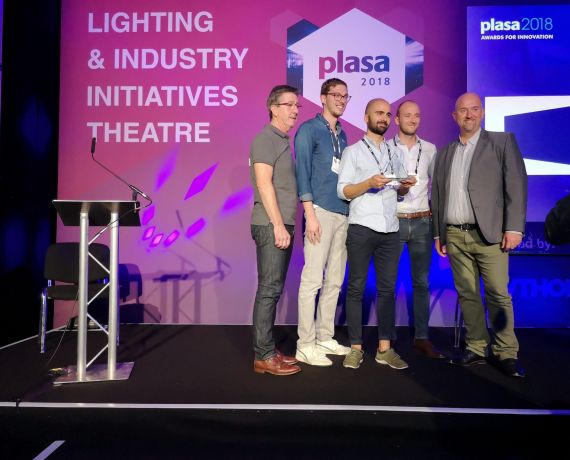 London, United Kingdom. On September 17, at the Olympia Hall in London, Holoplot's sound system ORION was awarded the PLASA Innovation Award. The judges were convinced by the technology and the product which allows a radical new approach to sound reinforcement and provides audio engineers with a unique tool for their work.

The PLASA Innovation Award is a prestigious price in the AV industry which is handed out by the global trade association PLASA. This year, the awards were handed out at the PLASA trade show in London. For the awards, products are judged against their true innovation regardless of product category.

On the first two days of the PLASA show, the judges visited the 47 nominated companies to learn more about the innovative products. Demonstrations were given, use cases were discussed, and functionality for rigging, maintenance, and installation was explained.

The Holoplot booth attracted many of the jury members a second or third time. In their eyes, a system with such precise beam steering capabilities and flexibility in how audio can be projected, demonstrates a paradigm shift in the industry. Holoplot’s approach to creating immersive audio environments based on wave field synthesis demonstrated to them a unique strength in authentic audio reproduction. “The room acoustics are no longer a challenge but become part of the experience”, describes Roman Sick, Holoplot’s CEO, the innovation to the judges. Together with the jury, the Holoplot team explored the different use cases of the ORION system for houses of worship, train stations and airports, retail environments, museums, stadiums, and entertainment venues. As one jury member put it: “Your product is truly amazing”.

Holoplot is awarded the Innovation Award for its immersive sound system

In total, 8 awards were handed out that evening to various companies in the AV industry. The range of product innovations was significant, ranging from high-performance projectors over speaker manufacturers to lighting companies. For Holoplot’s ORION system, the competition on the 3D audio application side was significant, as L-Acoustics’ L-ISA and d&b’s Soundscape had also been nominated initially. However, Holoplot’s immersive sound technology was the only one being awarded.

For the Holoplot team, the award came as a great support. “The conventional speaker technologies are very established in the industry. It is not easy for a young company to change the mindset. This award shows us, that the value of our product is recognized by the industry”, comments Roman after winning the award and adds, “This award is a great accomplishment for all the effort our team has put into the development of this amazing product”. 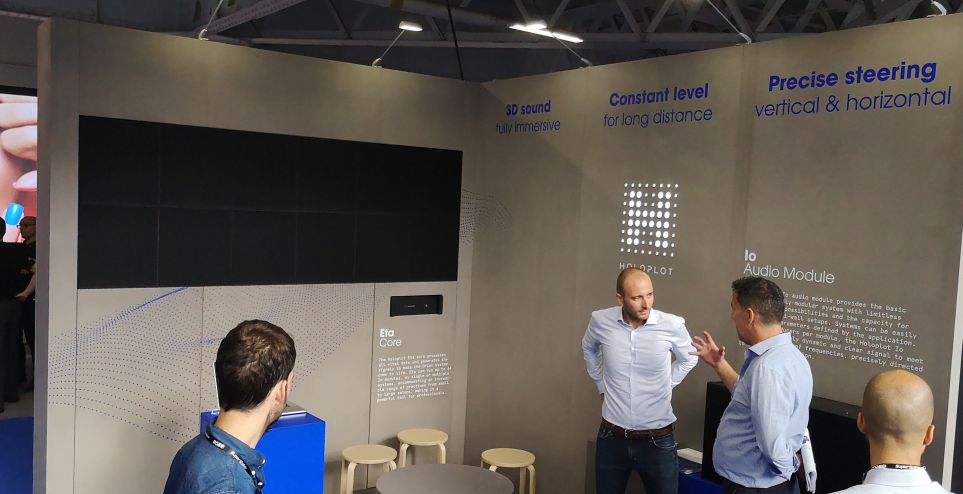 Holoplot booth at PLASA 2018 for demos of immersive sound experiences

Prolight + Sound is organizing a fair in the Dubai World Trade center from 15th to 16th October 2019. The two-days event will bring togegether all the stakeholders from the AV industry and experts...