Multi-Grammy Award Winner Fred Vogler experiments with X1, believing it would enable creativity for a variety of productions.

The Xperience. It’s where legends in sound design meet the power of possibility. A playground for creatives, the Xperience program gives hands-on access to HOLOPLOT technologies and products. It allows professionals the chance to test the X1 Matrix Arrays’ ability to “make every seat the best seat” and discover the features and potential of this new technology.

Fred Vogler’s Xperience took place at the Regent Theater in Los Angeles. It was here that he would explore if an entirely new category of sound system — one that brings an unprecedented level of control of sound —would live up to his expectations.

The beams were quickly configured for each array using the HOLOPLOT Plan software. A single beam was configured for each array with the addition of an LFE channel for greater control of the low frequency content. Each beam is tailored to match the shape and size of the defined audience area, which in this case was placed in the center of the 1,100-seat theater. The beams were also optimised to achieve both the greatest level of homogeneous coverage and spectral uniformity.

The HOLOPLOT system can achieve unprecedented levels of intelligibility by actively avoiding surfaces that may cause unwanted reflections or echoes. Utilizing this feature in reverse, two beams were also created to target the room architecture only (indicated with the white zone) and actively avoid the listening area so as to provide the option to add a naturally diffuse field to the mix. 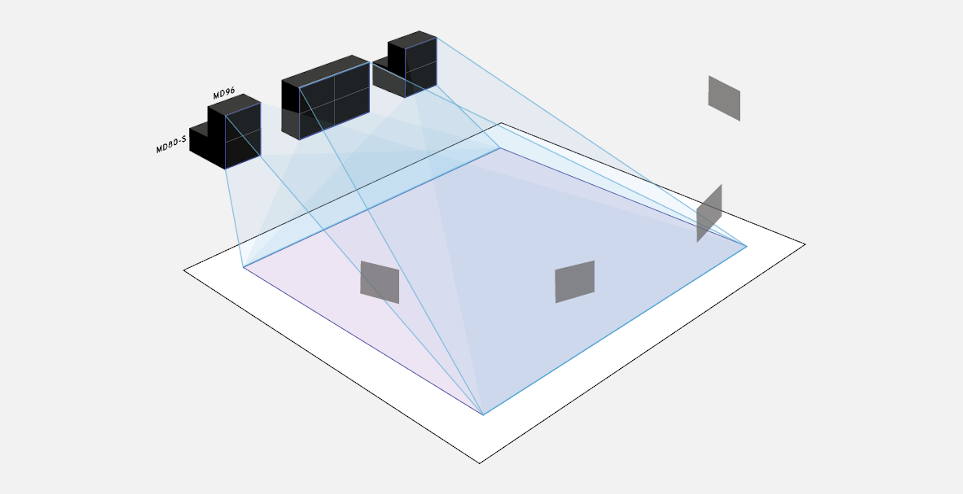 Beams optimized for the listening area for the main LCR format

Besides the standard LCR format, additional beams were configured to create secondary sources coming from reflectors (see the image below). These beams were all emanating from the 2x2 center array, but configured to sharply target individual reflectors resulting in sound being localised to the reflection point and not the array by the listener. These reflected beams essentially replaced what usually would be a loudspeaker at these locations. A powerful solution for creating sound sources in locations where loudspeakers can't be deployed. 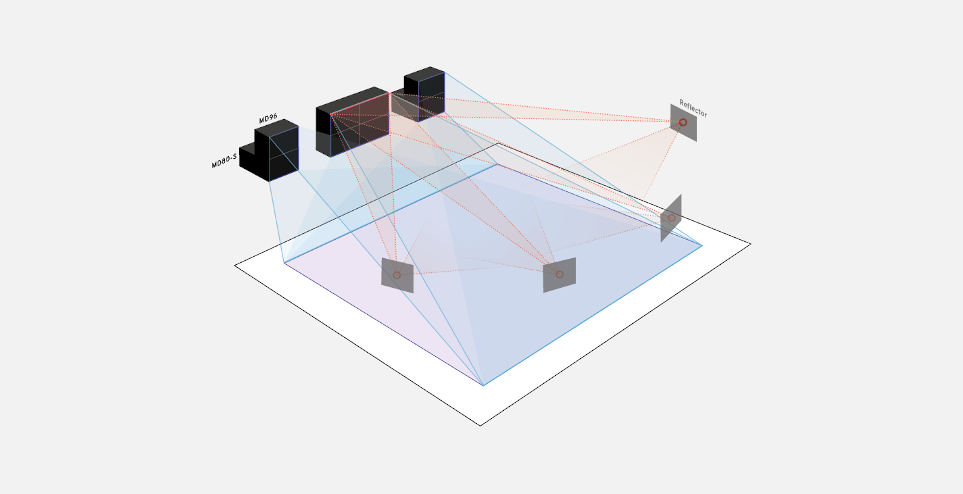 A sense of place. And space.

Mr. Vogler’s playback was from Pro Tools (through an Allen & Heath dLive console via Dante). His Pro Tools sessions were patched one-to-one into the dLive console, which was set up to mix directly into matrixes that were patched out of the console to correspond with the different available beams (i.e. a stereo mix for L&R, a mono matrix for Center, and a stereo matrix for Real L&R Reflectors.

His  approach created a level-balanced mix with the LCR configuration. He added a sense of space and envelopment using  the reflector panels actively in his mix. And to add a feeling of depth, in addition to any printed reverb coming from his playback sessions, he used the room beams.

“Not having mixed with this type of a beam coverage, I wasn’t 100 percent sure it was going to come out,” admitted Mr. Vogler. “But actually, it came together quicker and faster than I expected. It was good frequency response.”

As part of his exploration, Fred Vogler aimed to recreate an authentic acoustic experience, using the reflectors for reverb or what typically would come as reflections from the room, while trying to keep the sound source true to the stage, exactly as it would be in a real scenario.

“I would close my eyes or think about what it would be like if there weren't speakers [on the stage] but actual players. And so, if that was the case, then those reflector panels would be something that would have elements from that stage hitting those surfaces and that was pretty much what I intended to do (...)” 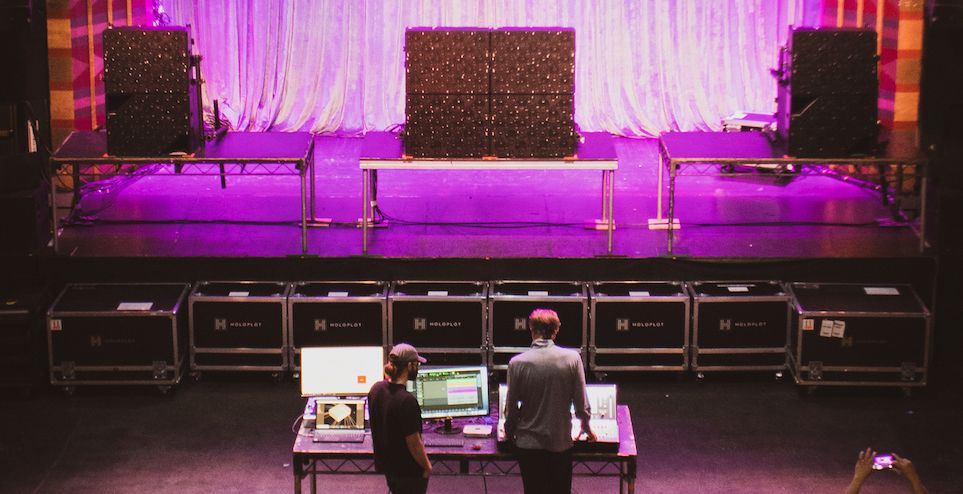 The Xperience sessions act as a catalyst for sound designers to discover new and creative ways to control and manipulate sound using HOLOPLOTs unique functionalities and creative tools. Fred Vogler was able to start working quickly and efficiently to build his mixes using different beams and reflections to achieve a sense of envelopment and immersion not possible from a conventional LCR setup. The session allowed a small glimpse into a new world of possibilities and Fred was intrigued as to where this journey could take him and the various applications this technology can serve  “I think that there’s a lot of various types of productions that would be turned on by the possibilities”. As HOLOPLOT continues on its mission to change the world of professional audio, these sessions allow learning and sharing of creative ideas which will also support the continuous development of products.

Get in touch to arrange your own Xperience. 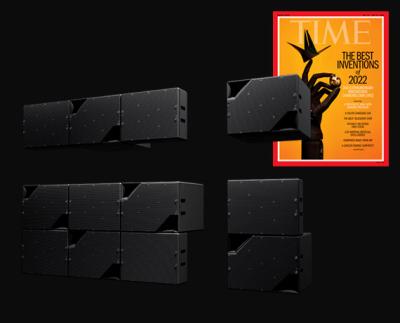 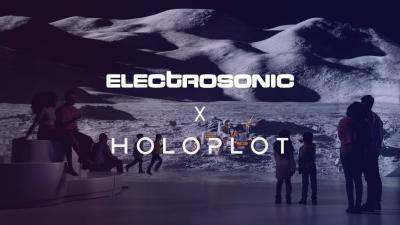 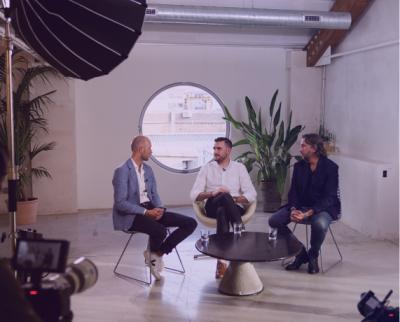 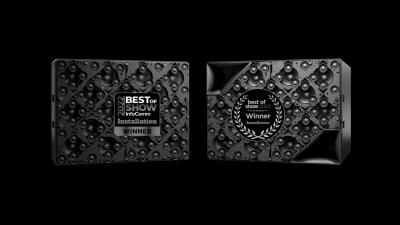